To book, you just have to choose your room, check availabilities and call us, Anne at 06 29 73 98 41 or Stéphane at 06 26 54 34 27.
You can also send us an email at : bienvenue@chateau-de-mezerville.org. Pets are allowed under certain conditions. Strictly non-smocking area inside the castle.
For this/our first year of activity, we will be pleased to welcome you after the last repairs/works, from June 1st 2022.

Room under construction, photos as soon as possible ! 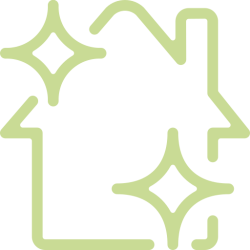 We named this suite thinking about the original defense purpose of the castle. The bedroom in the tower has 2 slit loopholes which allowed archers to shoot at attackers without risking any reply.

The central room is the former kitchen of the castle, with a large 17th century chimney in stone. The ceiling “à la française”, with its exposed beams and rafters, dates from the same period as does the half-timbered wall delimiting the back kitchen, which has now been converted into a bedroom.

On the other hand, it’s likely that the dungeons, whose access hatch is located in the tower’s room, are much olders.

From the mullioned window, you can see the Black Mountain and you will probably be surprised to observe the falcons which make their nest every year somewhere in this northern wall of the castle. From late afternoon until late at night, the owls should take over. Last spring, some make their nest on the south façade/front !

You can pay in euro or local complementary and citizen currency.