To book, you just have to choose your room, check availabilities and call us, Anne at 06 29 73 98 41 or Stéphane at 06 26 54 34 27.
You can also send us an email at : bienvenue@chateau-de-mezerville.org. Pets are allowed under certain conditions. Strictly non-smocking area inside the castle.
For this/our first year of activity, we will be pleased to welcome you after the last repairs/works, from June 1st 2022. 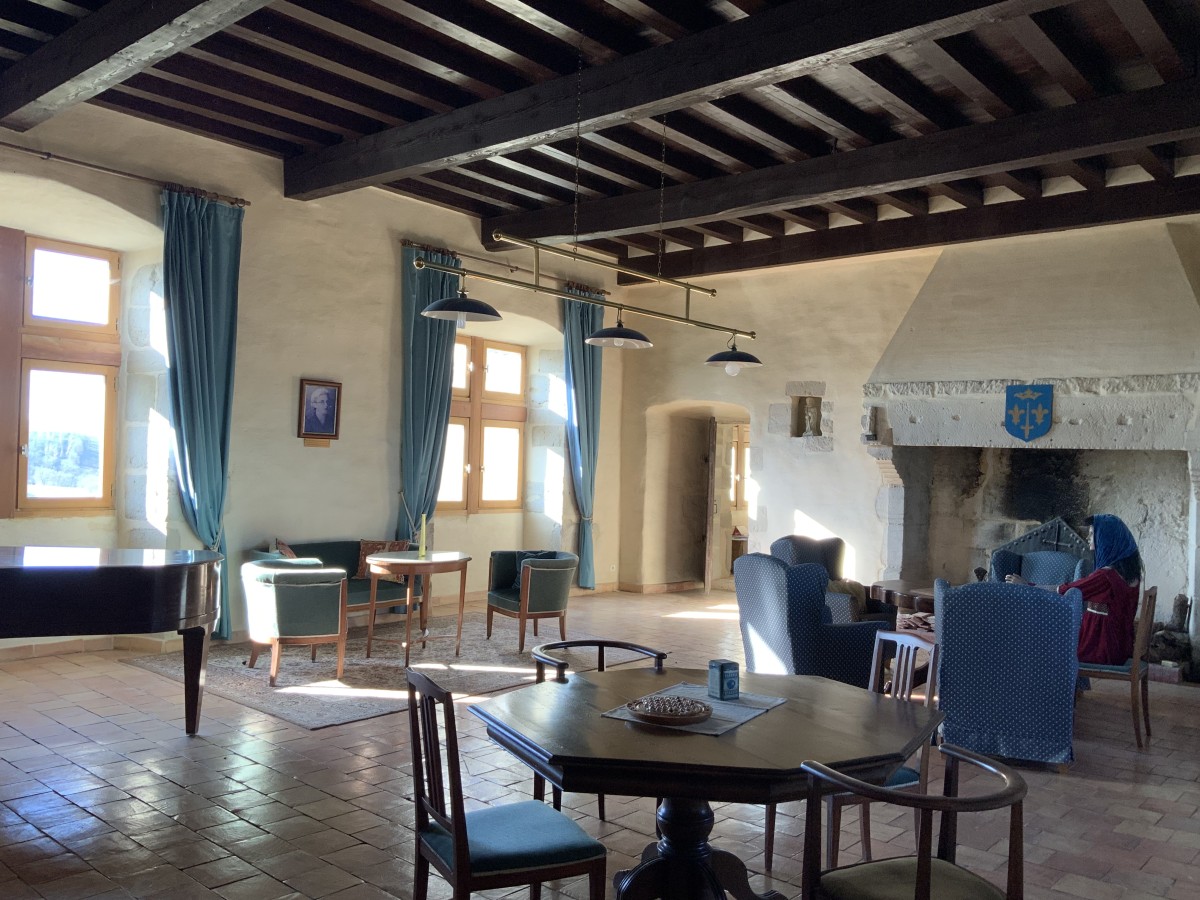 Blue, as in pastel’s time, wealth and peace times.  It was in the 15th century that the large mullioned windows were opened, giving a passing light. Out of sight, over the hills, Black Mountain to the north, peaks of the Pyrenees to the south, so close on certain days that we could almost touch them.

The large fire place in the living room, which has been stripped of its 18th century plasterwork, has regained the beautiful simplicity of its 13th century origins, as this niche (discovered during the renovation), an old opening walled in by the spiral staircase tower, whose corbelling, characteristic Carcassonne’s city, allows it to be dated back to the 13th/12th century. 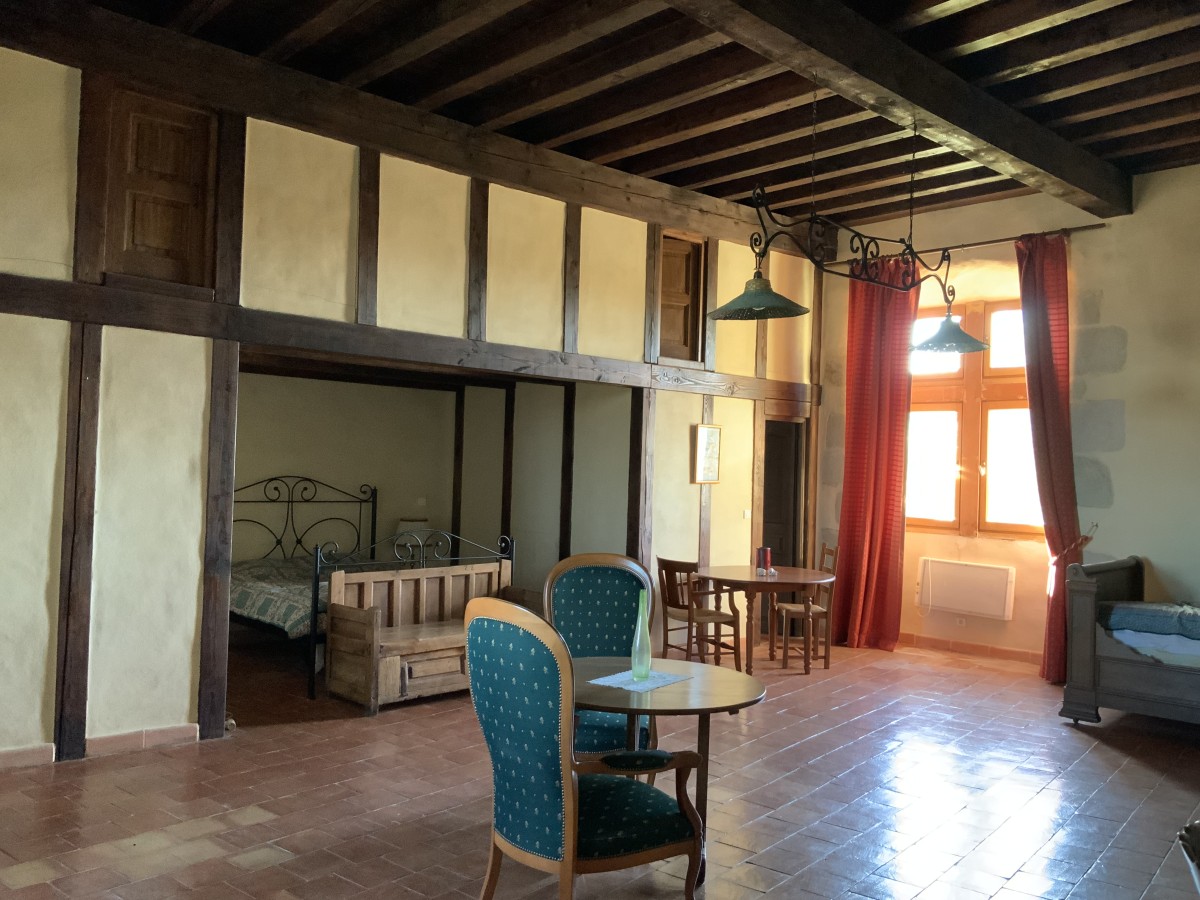 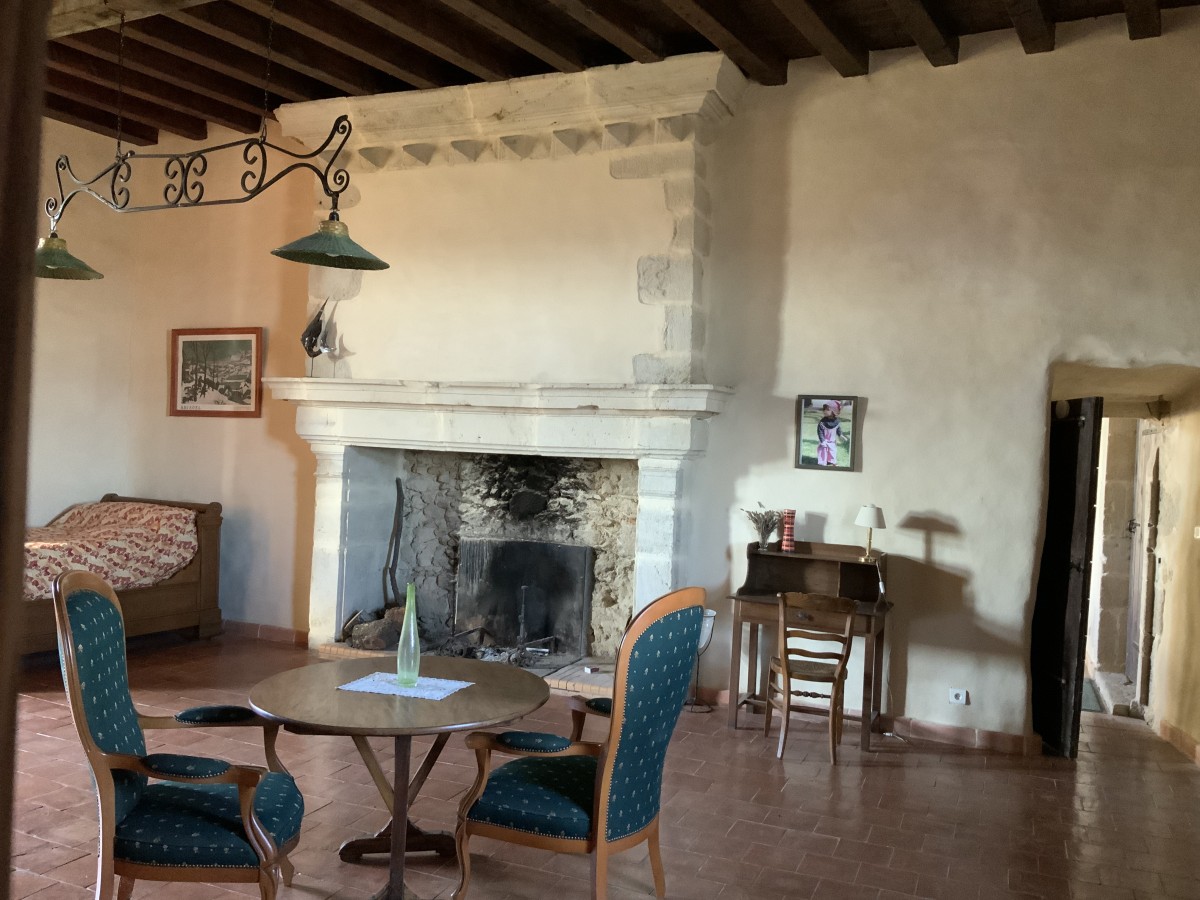 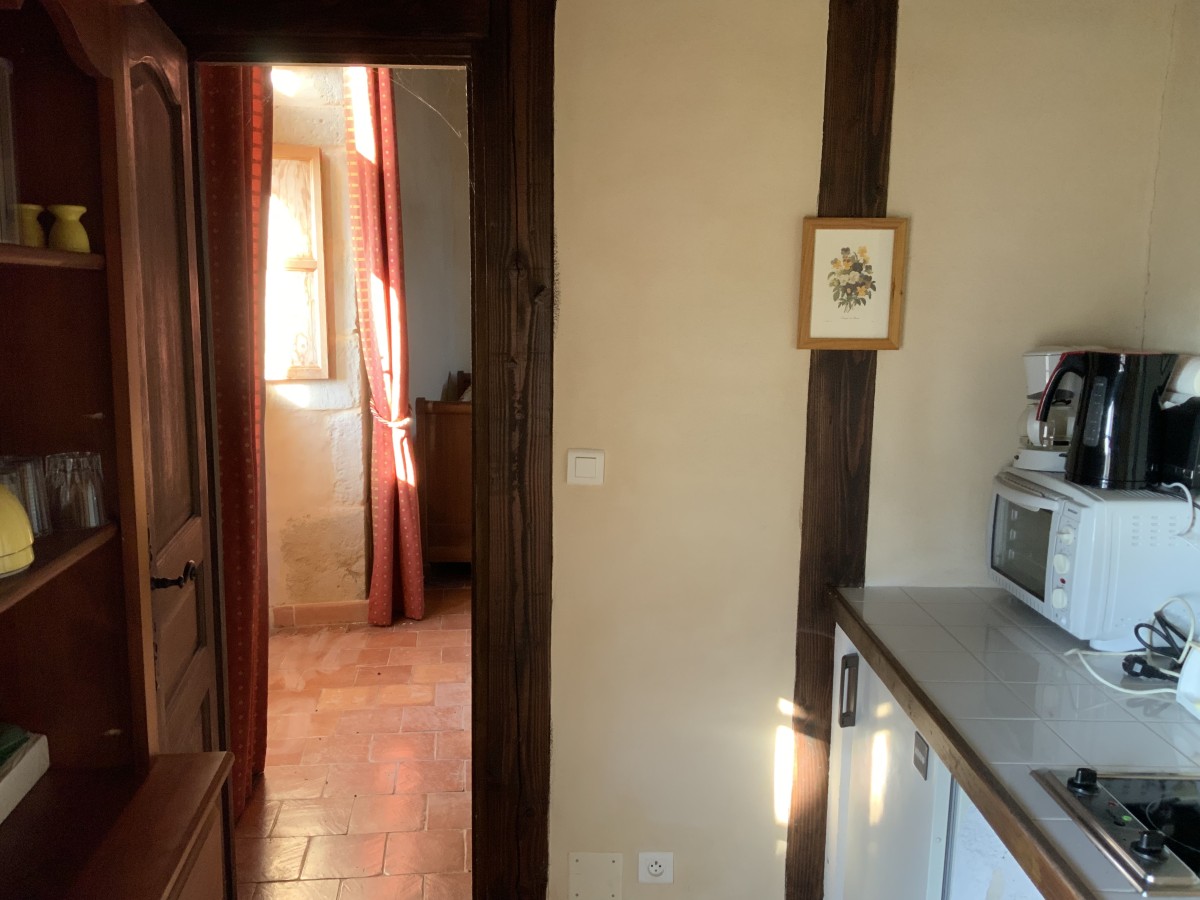 The bedroom has a large 16th century fire place with diamond-shaped stone decoration.
The small kitchen is equipped with a small fridge, a 2-burner stove/hotplate (glass-ceramic), a small oven, a coffee machine and a toaster.
The bathroom has a washbasin next to the bathtub, installed in a watchtower protected by loopholes! And  dry toilets.

You can pay in euro or local complementary and citizen currency.

During the summer period, from July 10th to August 20th, we ask you to rent for at least 2 consecutive nights.